Recipients will be announced in the spring for up to five Lyle B. Wright and up to five Richard H. Gorsuch scholarships. More than $438,000 has been presented to college-bound high school seniors by AMP since the scholarship programs began in 1988. The AMP Board of Trustees created the scholarship awards in honor of two distinguished leaders in public power history.

Lyle B. Wright was a long-time public power advocate and AMP board member from Bowling Green, Ohio. Lyle B. Wright Scholarships are awarded to graduating high school seniors whose households receive electricity from an AMP member municipal electric system.

Richard H. Gorsuch was president of American Municipal Power-Ohio from 1983 until his death in 1987 and played a vital role in protecting public power interests. Richard H. Gorsuch Scholarships are awarded to graduating high school seniors whose parent or guardian is an employee of Hudson Public Power.

Hudson Public Power nominates one candidate per scholarship to AMP. Applications with requirements listed for the Lyle B. Wright Scholarship and the Richard H. Gorsuch Scholarship are available here, from your High School Guidance Counselor, or from the City of Hudson Public Works Department in November. The deadline to apply is December 6, 2022 at 4 p.m. 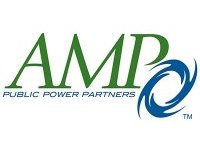