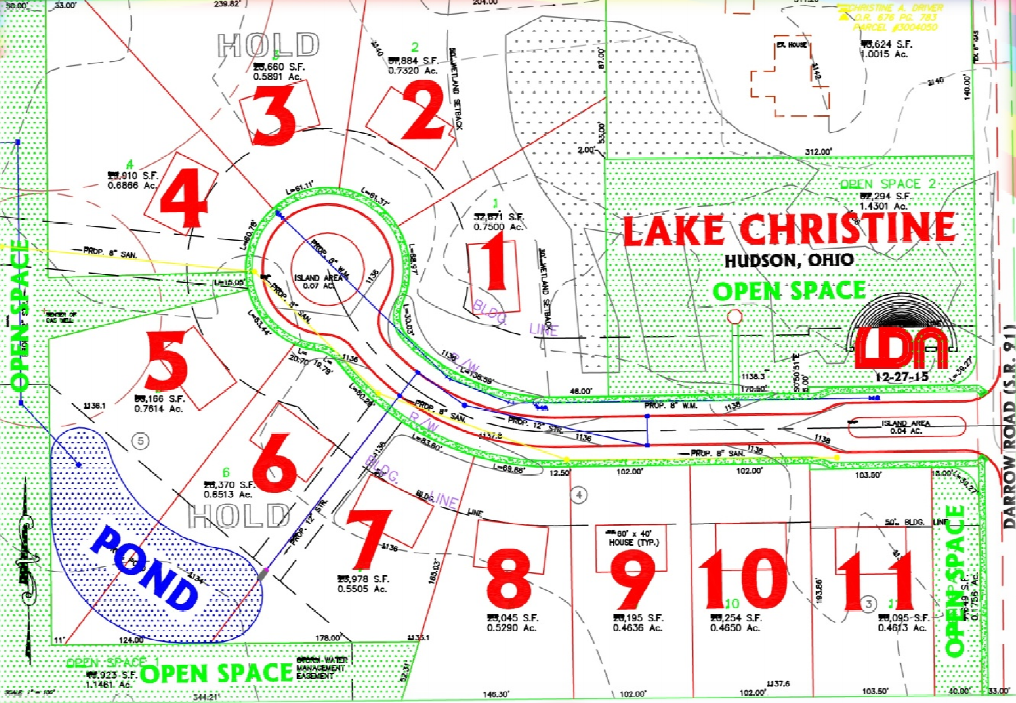 
Lake Christine is an 11-lot single family residential subdivision located at 7738 Darrow Road. The 11.25-acre property will be developed with 11 sub-lots ranging in size from 20,095-square-feet to 33,166-square-feet, a 650-foot roadway through the interior of the property, and 2.8 acres of private open space.  The developer has received the required approvals from the City of Hudson Planning Commission and completed the applicable administrative requirements.  Construction of the roadway, stormwater management systems, and utilities are anticipated to commence in Summer 2017 and continue into early 2018 .  Construction of residential homes may commence once the developer has completed the base infrastructure.
Applicant/Builder: www.ldabuilders.com

March 19, 2015: BZBA held a public hearing about a variance regarding wetland setback impacts. The variance was approved.

July 17, 2014: BZBA held a public hearing about a variance regarding street separation, lot width, and cul-de-sac length. The variance was approved.