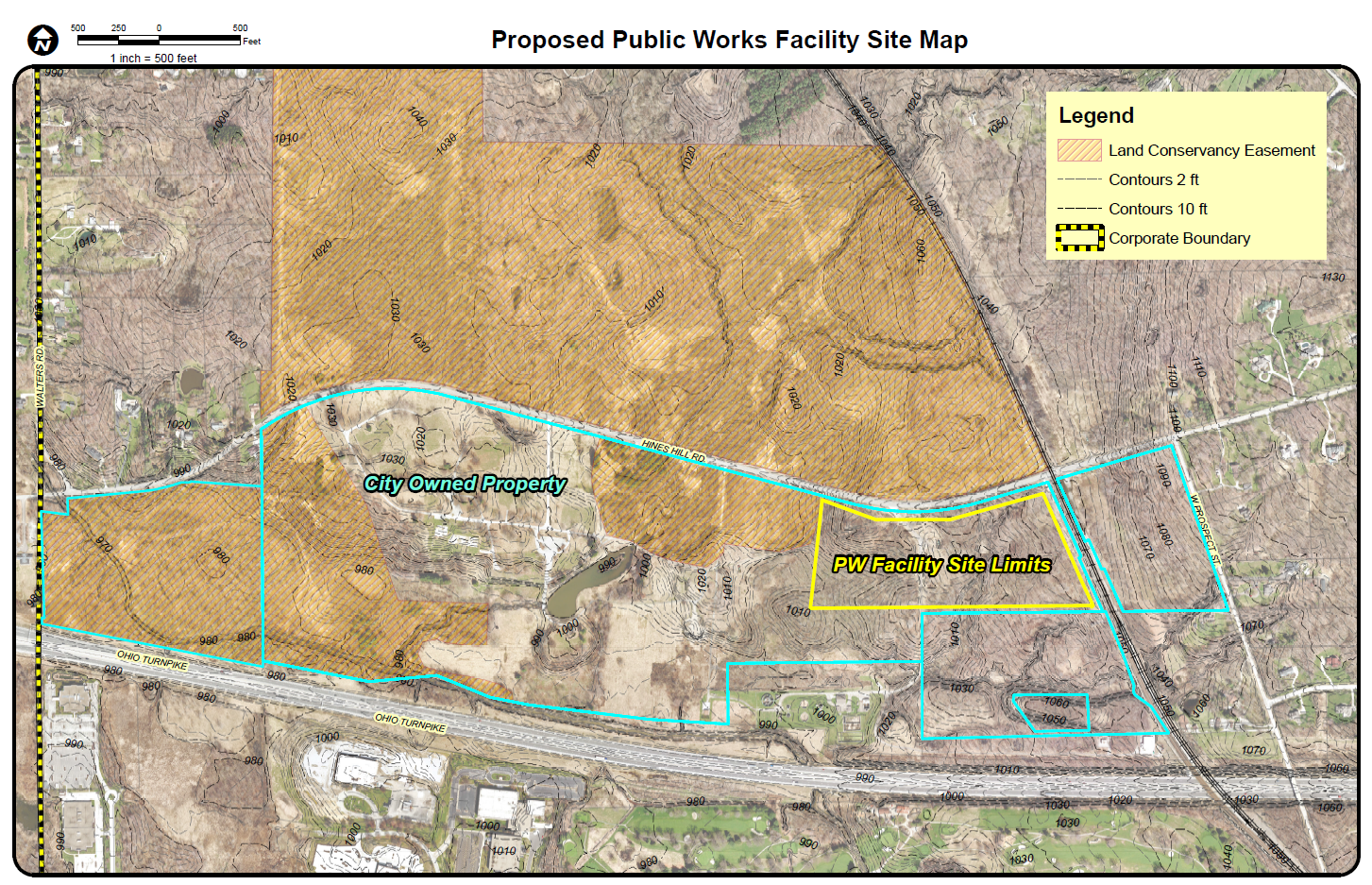 
The City is in the process of selecting a design firm to start working on concepts for a new Public Works and Hudson Public Power (HPP) facility. The facility will be located on City-owned land on Hines Hill Road, which was the former location of the Cleveland Youth Development Center.

The current Public Works facility is located in a leased building on Georgetown Road and the HPP facility is located on Owen Brown Street. These facilities are undersized and make daily operations difficult. The new combined Public Works and HPP facility will allow ample space for the more than 60 employees and to store and maintain City trucks, plows, and other equipment. The facility will also reduce costs by eliminating the need to lease the current Public Works facility and by combining daily facility operating costs. Having both departments in one location will also increase efficiencies by eliminating the need to travel back and forth between the two facilities. A 7,500-square-foot salt storage facility will be built on the same parcel of land and will serve as the main salt storage area for the City.

The cost of the project is estimated to be $10 million - $15 million. In the meantime, Public Works will continue to lease the facility on Georgetown Road. HPP will be temporarily moving to the former Ramco warehouse building on Hudson Gate Drive, now owned by the City, to allow the Owen Brown Street HPP property to become part of the new Downtown Phase II development area. HPP is expected to be relocated by early summer of 2017.

Check this webpage for the latest updates on this project.