Brine, a water/salt mix, is used as a water softener to treat drinking water in the Hudson Water Treatment Plant and is used to treat road surfaces in icy weather. In February 2019, City Council authorized the construction of a brine well to reduce the money spent each year on salt to regenerate the water softeners at the water treatment plant.

What is a brine well?


With a salt-solution mining well, the City of Hudson will be able to produce its own salt brine for use in the drinking water plant’s water softening system. This will reduce operating costs for the City and trucking of road salt to the water treatment plant. Additionally, the City will be able use the brine to supplement their salt needs for snow and ice control. 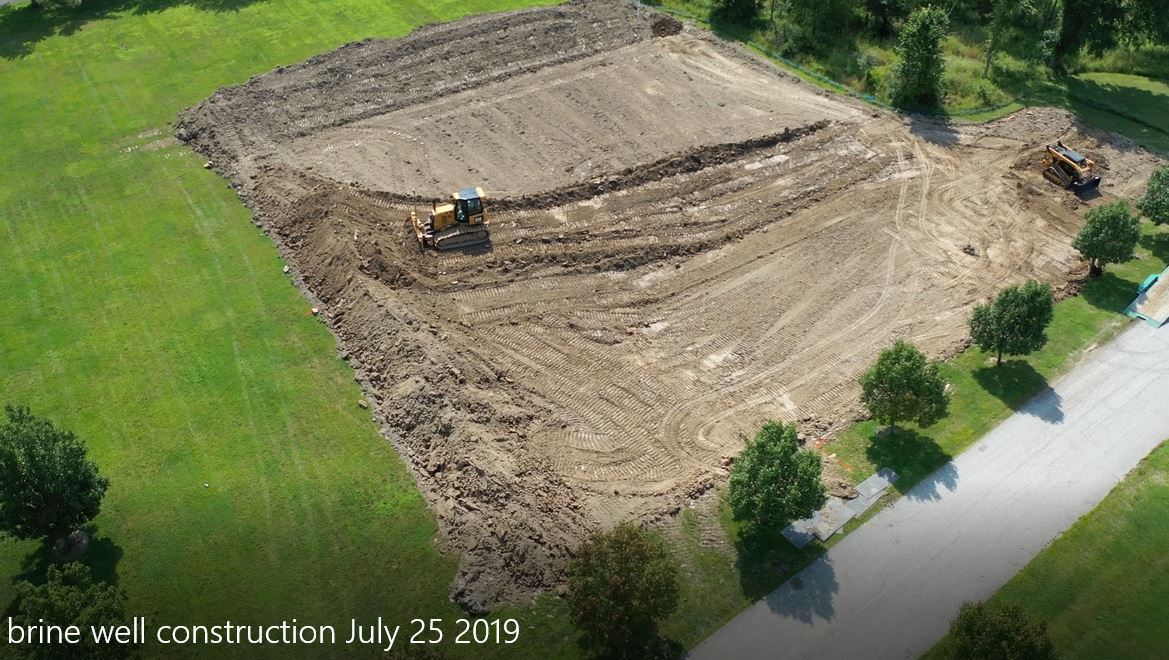 
Crews have been setting up the equipment and are beginning to drill the brine well at the Water Treatment Plant on W. Streetsboro Street. There will be some noise during the daytime hours due to drilling. Drilling will not take place in the evenings.

The entire project is scheduled for completion by Fall 2019. No work is scheduled on holidays or weekends at this time.

Should residents have any immediate questions or comments, please contact the Public Works Department at (330) 342-1750.

Why is the City constructing a brine well?

With a salt-solution mining well, Hudson will be able to produce its own salt brine for use in the drinking water plant’s water softening system. This will reduce operating costs for the City and costs for trucking road salt to the water treatment plant. Additionally, in the future the City can use the brine solution to supplement its salt needs for snow and ice control.

Where is the brine well being installed?

The proposed salt solution well is planned for construction just east of the City’s Water Treatment Plant as shown on the aerial photo below. 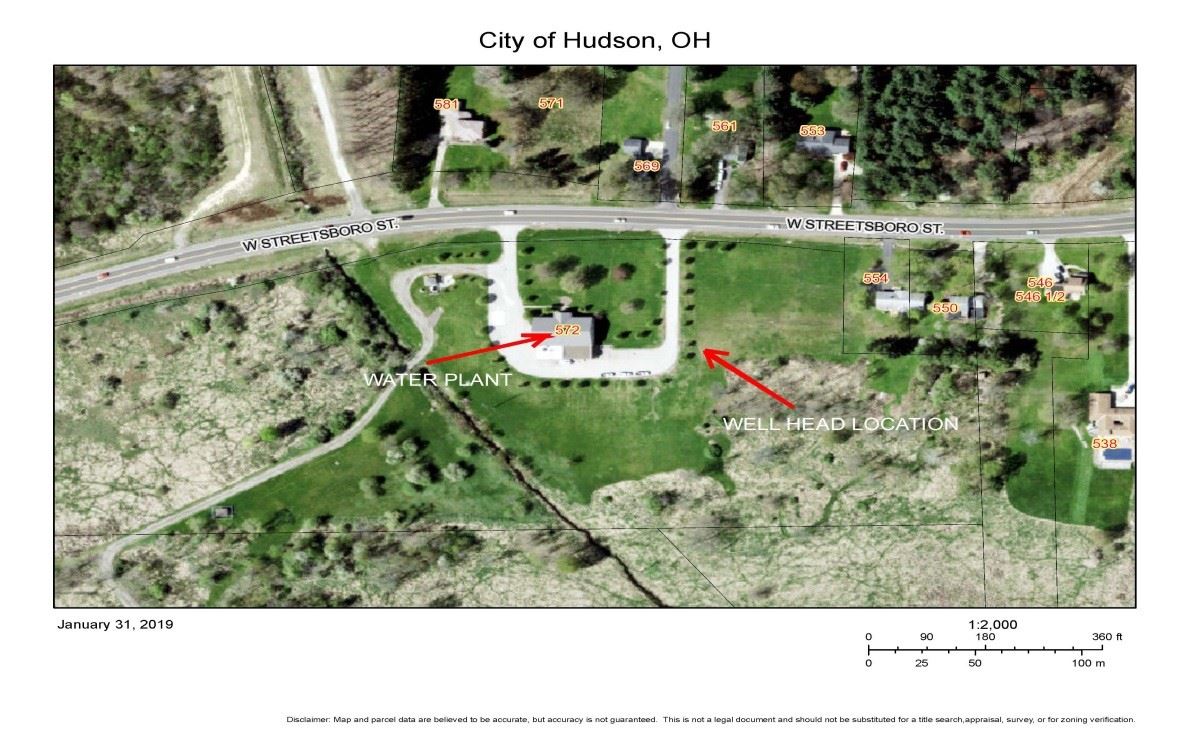 When will the well be constructed?

The City has secured the necessary permits from ODNR. The project is planned for construction later this year.

How long will construction take?

Drilling is expected to take approximately seven (7) days, with an additional week in site preparation and cleanup. Another two to three weeks is anticipated to construct the treatment plant modifications. Total work on site will last approximately one (1) month.

Will there be noise, smell, dust, or mud during construction?

Yes, there will be noise and dust or mud depending on the weather. The contractor will be required to keep road surfaces clean, and noise impacts will be limited to the area around the treatment plant. No odors are anticipated at any time. After construction there will be no noise or dust from the well, and truck traffic will be reduced long term.

What is the return on the investment for the project?

The well sits above the ground typically 5-10 feet. All pipelines will be buried, and the other equipment including the pump to operate the well will be located in the treatment plant. Once the well is drilled and in operation, there will be a portable building placed over the well head. The building will meet the City of Hudson architectural requirements and be similar look as the water treatment plant.

How does a brine well work?

A salt solution (brine) is produced by injecting treated freshwater through a pipeline down a well, approximately 2,500 feet below the surface, to dissolve the salt beds and create a cavern of saturated brine. The saturated brine is then pumped to the surface and transported through a return pipeline to a storage tank for use. A schematic of the well and piping is shown below. 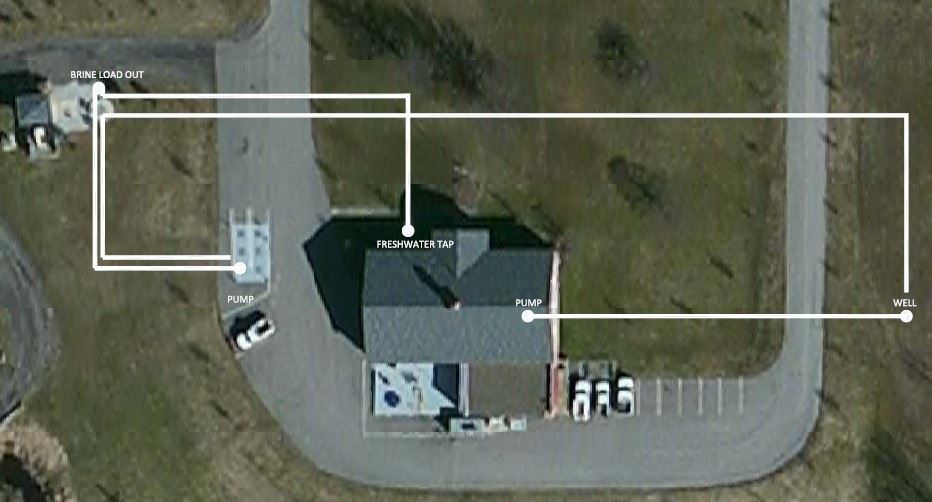 Without a brine well, how does the City get brine for treating its water?

Currently, the City pays for deliveries of rock salt that are shipped to the treatment plant where we make our own brine. The cost of rock salt continues to rise and the availability fluctuates at times.

Is the brine safe?

This brine is not an oil and gas brine, which is associated with the production of petroleum hydrocarbons. The brine that is produced from the Salina Group is a natural, high-purity, food-grade salt (e.g. Morton table salt), which can be used safely in drinking water plants. The City of Hudson is required to test the brine and obtain certification of the safety from the National Sanitary Foundation (NSF).

This project does not utilizing fracking. “Fracking” or hydraulic fracturing is not required to drill the well or produce the salt. The salt is dissolved by freshwater with no chemical additives.

Will the well contaminate the groundwater?

The well will be properly constructed with multiple layers of steel pipe that are cemented to the surface to protect groundwater from the salt brine in the well. Additional protection will be provided by using freshwater drilling fluid, steel tanks, and secondary containment to ensure no contamination occurs. Ohio Department of Natural Resources (ODNR) Division of Oil and Gas Resources Management (DOGRM) issues the permit and witnesses the drilling, well construction, and cementing of the well.

Does it cause earthquakes?

The Salina salt units are thousands of feet above the Precambrian basement rock where the seismic activity has occurred in and around the Youngstown area, as well as being shallower than the historic Clinton oil and gas well production in this area. This vertical separation from the Precambrian basement assures that no seismic activity or earthquakes could be expected from the solution mining well.

Will the cavern cause subsidence or a “cave-in”?

When a solution mining well is operated correctly, the roof of the cavern in the salt is protected, and minimal to no subsidence will occur. The City is required to submit an annual survey to Ohio Division of Oil and Gas Resources Management to verify that no subsidence issues are occurring.

How long will a well last?

Depending on many factors such as production rates and how the well is the operated, a well can be expected to have a lifespan of more than 25 years. As an example, Cuyahoga Falls’ solution mining well has been in operation since 1967.

Has the EPA been notified about the proposed brine well?

United States Environmental Protection Agency (U.S. EPA) regulates solution mining wells as Underground Injection Control Class III Injection wells under the Safe Drinking Water Act. In Ohio, the Ohio Department of Natural Resources (ODNR) Division of Oil and Gas Resources Management (DOGRM) has the delegated primacy authority from U.S. EPA since 1983 to permit and regulate Class III injection wells. A permit is required from DOGRM to drill and operate the well. The City of Hudson has obtained a permit from DOGRM and met with the Ohio EPA earlier this year to discuss the project.

Who do I contact if I have any other questions or comments?

The Brine Well Project had been on the City's unfunded projects list since 2000. The estimated budget at that time was $400,000, and there was no return on investment associated with the project. The project did not move forward at that time.

In 2015, the City revisited the project at City Council’s request. At that time, a 2009 Greenfield Study estimated well drilling costs at $264,000 and the remaining water plant work and required fill station at $100,000 for total budget of close to $400,000. To move the project forward would require an updated analysis to determine the feasibility and costs in current dollars. City Council also discussed and included installation of a brine fill station for salt trucks (for road treatment) as part of the analysis.

In August 2015, A.L.L., a professional design consulting firm experienced in Ohio Department of Natural Resources (ODNR) permitting and well drilling. was selected to complete a feasibility study.  A.L.L. Consultants determined the site was acceptable and permitting could be obtained. Also included in the consulting work was a new cost estimate of $992,000 for the project. Based on this cost estimate, the annual cost of treating grade rock salt at the water plant, and the estimated 8% - 10% savings on cost of road salt, a ten year return on investment was projected. City Council determined that the project should continue moving forward and A.L.L. Consulting to began the EPA and ODNR permitting process and assisted in developing an RFP for the project design services.

In December 2016, Burgess & Niple Consultants was selected for the design and management services for the project. The project design and securing the Ohio EPA permitting took much longer than anticipated, and extended through 2017 into early 2018.

During the design and permitting work, cost adjustments (mostly in drilling estimates) resulted in an increased estimated budget of $1,200,000. Council asked staff to bring the project back to a Council meeting before it went to public bid. In March of 2018, the project was now projecting an eight-year return on investment.  Council directed staff to continue with the bidding process.

After the public bidding in November 2018, all bids were rejected as the low bid was $1,507,822,  which was 26% over the engineer's estimate. The project was bid a second time in December 2018. The low bid came in at $1,549,050, approximately 29% over the project estimate. Re-evaluating the Return on Investment with the most recent bid number and the escalating increases in the cost of water treatment salt over time, the return on investment is at seven years. In January 2019, Council evaluated two return on investment calculations using both 12% and 20% escalating increases over 11 years. Council passed legislation for the brine well at its February 19, 2019 meeting. 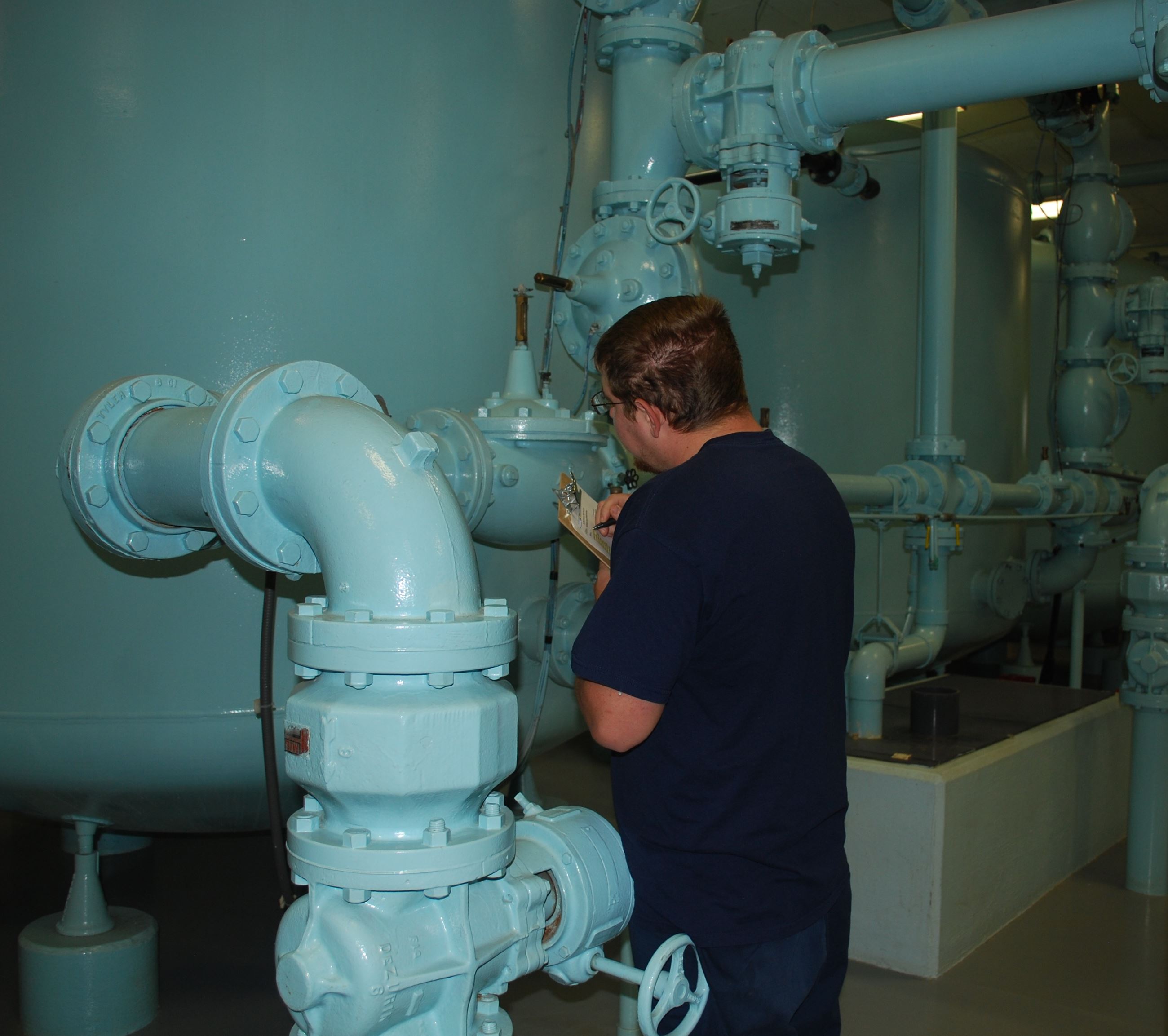